Back in the Swing

By Alicia Gregoire - July 25, 2011
First off, a huge, huge thanks to Miranda for taking over last week. I hope you guys enjoyed her entries as much I did.

It's been a little hard going for yours truly as of late. Without going into too much detail, there was a death in Hubby's family.

I had declared 2011 as a wake/funeral-free year, but obviously there were greater, more annoying forces at work. I spent the majority of last week trapped in my own head, trying to get past the lump of sadness lodged in my brain like a freaking blood clot. I only realized in the last few days that the death hit me harder than I thought*.

But it's a new week and I'm this much closer to vacation where I'll experience The Real World: Cape Cod for a second time. I'm excited for it, moreso than last year and I have some great things planned for myself while there.

In the meantime, I'm going to get resettled with my blogging and writing schedule. I'll also have to work on the feng shui situation of my new-to-me day job desk as they're moving my entire team to a new building. In fact, it's this building**. 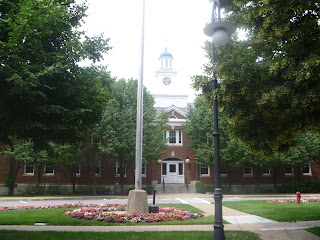 * I'm totally blaming this on my one wake/funeral per year ratio for the last five years.
** If you're having a bit of deja vu, it's because you saw this a few weeks ago when I talked about the assassin project.
_______
Last.fm hit of the day: Sol29 by Nosound
life the 9 to 5 gig week in review