In Response to Zombie Sex-tacular-- Why Zombies? Why Not!

Zombie Thursdays is a weekly feature with guest blogger, Miranda. You can read more about her here.
Last week's topic was essentially zombie smut (if you're over 18, feel free to go back and read it here). One of the questions that seemed to emerge in the comments was, "how can you pull off zombie sex?" Our friends the zombies were of course compared to our friends the vampires. One reader mentioned vampires could be believable sexual objects because they can be humanized, but how could a zombie be written that way? 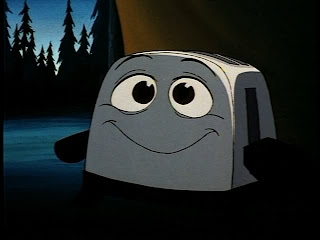 I thought this was an interesting point, but I think the answer is quite simple-- really, the same way any non-human character is humanized. Whether it is zombies, vampires, dogs, cats, or animated toasters... we humanize non-human characters all the time. Of course, sex isn't always thrown into the mix with stories, but that brings me to what I feel is an even more pertinent question-- it's not how can you use zombies, but how can you not use them?
When you think about it, when it comes to sex, or stories about sex with the sole intention of being hot to read or arousing (namely, smut), it doesn't really matter who the lead characters are. And not just sex stories, any type of romance. If we look at the increasing number of teenage vampire romances as an example, do the vampires even matter? Sure, it adds a supernatural spin, but otherwise, they are fairly simple stories that could occur without the vampires. Now, I haven't read any of the Twilight novels, nor have I seen the movies. But, clearly it is a huge fad right now. But why? Because of the vampires? From what I have heard, apparently abstinence is a big theme... and let's face it-- abstinent vampires? I think we can all laugh at the liberties taken with that particular mythos. The vampires seem irrelevant, and that all Susie Teenager really cares about is a love story where she can pretend she's the boring average girl who is caught in a love battle between two studs.
If you look at stories this way, zombies work so well, just like any other creature. They could easily be inserted into a romantic drama and be not only believable, but also entertaining. Love stories typically don't stray too far from a universal theme and formula. And that's why we love them so much! They're familiar, and deep down we typically know how they will end. The anthology I reviewed last week wasn't an example of great writing. But the point was the sex and the smut, so for a typical reader, the zombie guy may as well have been the living hunk down the street. Which is why I don't think a zombie sex anthology is a huge stretch (just wish the writing quality had been better.)
But a more clever approach, and one which I have talked about several times here, is the Generation Dead series. Well written teenage romance and drama, but with a unique twist by adding in zombies. Are the zombies essential to the universal themes in the story? No. The reader can relate because these are the types of relationships we all go through. But they certainly add an interesting twist, just as I'm sure the vampires add something of interest to the Twilight series. (Although for a really well written supernatural series, I recommend the Night World series by the Vampire Diaries author... the same author Stephanie Myers basically plagiarized from). 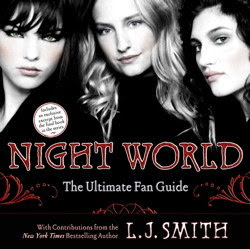 So, what do you writers and readers think? Is it hard to add supernatural elements into stories, be it vampires, werewolves, witches, or even zombies? Or is it easy to humanize all these unique beings because they already reflect what we see in ourselves as people? I would love to hear your thoughts!
characters opinions sex short stories writing zombies