What Would They Do? 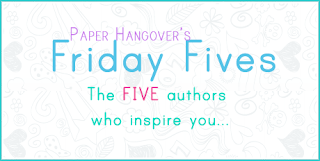 Happy Friday, Lurkdom! Today marks the first weekend of NaNoWriMo, which means I have no excuse not to rock my word count. While I'm doing that, instead of pondering WWJD, I should think about authors I love and what they would do if stuck with a difficult plot.

Stephen King. Not that I write horror or even long-ass descriptions, but I admire Stephen King for his tenacity and belief in a project. This is something I have talked about before on The Pie, but it definitely bears repeating. SK had such faith in Roland's story that no matter how many times he put it down, he would pick it up the pen again and continue on.

Whenever I begin to doubt my own pet project, I think about The Dark Tower.

(Hm... This is more difficult than I originally thought. Maybe it's because a lot of the writers that inspire me aren't actually visible in my writing?)

Madeleine L'Engle. She has written some of my favorite stories. It was in  A Ring of Endless Light that I got some of the best writing advice as well: to be a better writer, you must read.

Personal L'Engle Pick: A Ring of Endless Light (no contest there)

Thomas Hardy. I know, you didn't expect that. To be honest, I wasn't planning on including him. It's not like I'm a huge fan of the classics or talk about them a lot, but something about the way Hardy tells a story is a great. The way he is able to incorporate the tragedy of life in his work is amazing**.

Besides, check out that mustache.


(And it looks like there will only be four today. This writing on a time frame is H-A-R-D.)

Anne Rice. She was my first foray into vampire fiction, way before we learned that vamps can sparkle. With Lestat, she created an anti-hero that won over tons of hearts and have fueled many a late night debate with Bestie Danielle.

Personal Rice Picks: The Vampire Lestat and Memnoch the Devil


I can only think of four. Which authors inspire you?